There are many among us who would have no inkling of the multiple number of government schemes which get introduced and some of them are designed with an intent to help the needy and the deserving poor. This has to do with financial assistance and other support. While that is one side of the coin, there is also a bitter side to it. Most of the times whenever such schemes are launched the end user never gets what he/she rightfully deserves. Most of the money is siphoned by the middlemen and even some of the officials. This happens a lot among the rural based schemes.

However, Y S Jaganmohan Reddy, Chief Minister of Andhra Pradesh, has decided to put a check to it and he has come up with a wonderful initiative towards one scheme. We are talking about the old age pension schemes known as YSR Pension Kanuka. Incidentally, the government has changed the format and as part of that, the old age pensions are now being distributed right at the homes of the genuine people. They are giving pensions without any middlemen and through this method they have eliminated any scope for corruption once and for all. 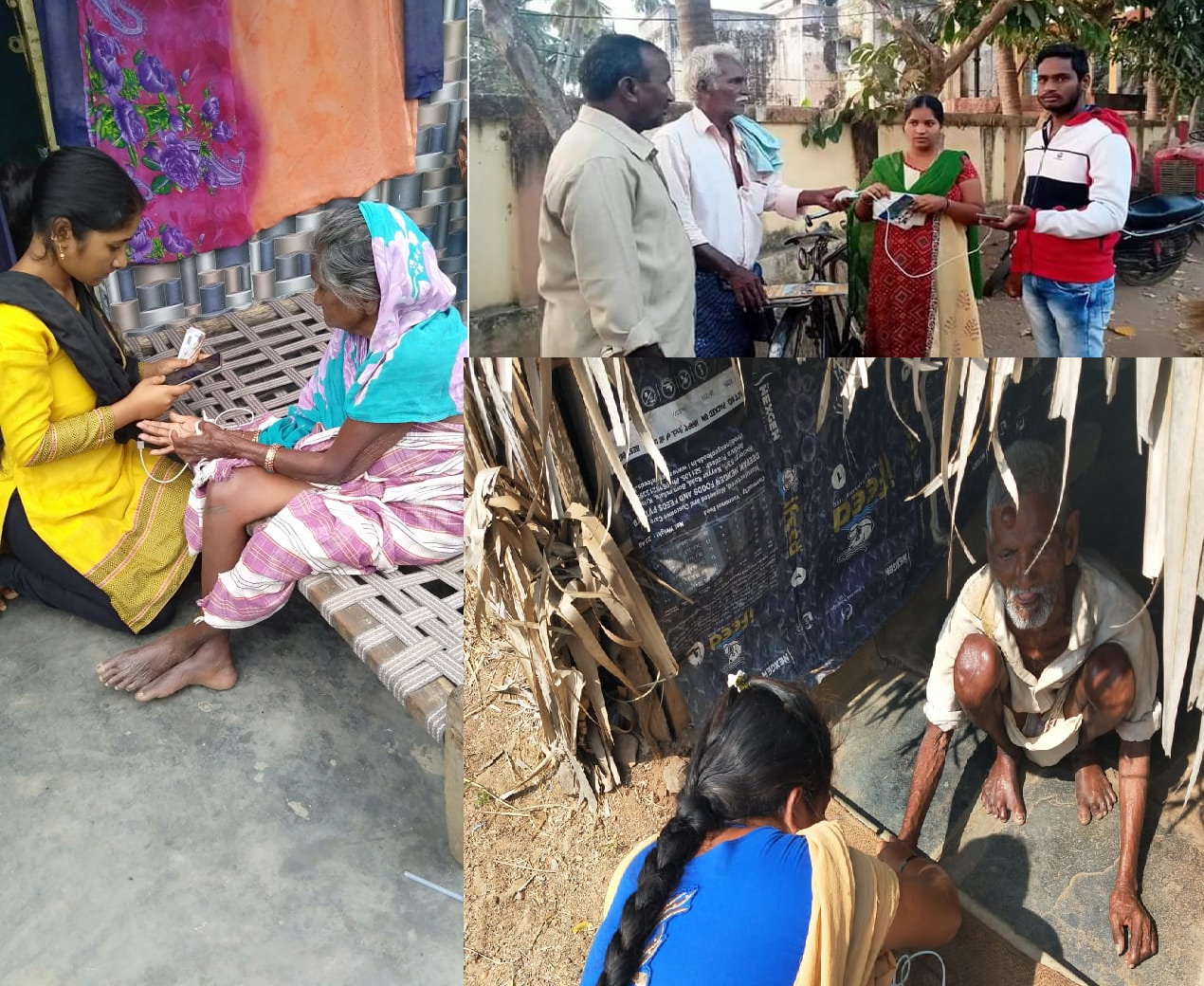 The village officials and the government officers are identifying the genuine people and giving the pension money directly to the genuine candidates. With this revolutionary thought of door delivery of pension, Y S Jagan has created a new wave of optimism among the people and cemented the confidence that the YSRCP Government is walking towards a corruption free administration. Not stopping at that, CM Jagan has given one more statement.

He mentioned that those who are eligible but not getting the pension need not worry. They can visit their local Gram Panchayat office and submit their application. This would be scrutinized by the officials immediately and if it meets the requirement then the pension would be approved instantly. The biometric confirmation is done by the village or ward volunteers on his/her cell phone and the required action is undertaken.

Prior to the election, the pension amount was Rs 1000 but now it has been increased to Rs 2250 per person. Even the age to receive pension has been reduced from 65 to 60 years. So far, a total of 54.6 lakh people have been delivered their respective pensions and they are unable to control their joy.The reason being, this was not the case during the regime of Chandrababu Naidu. 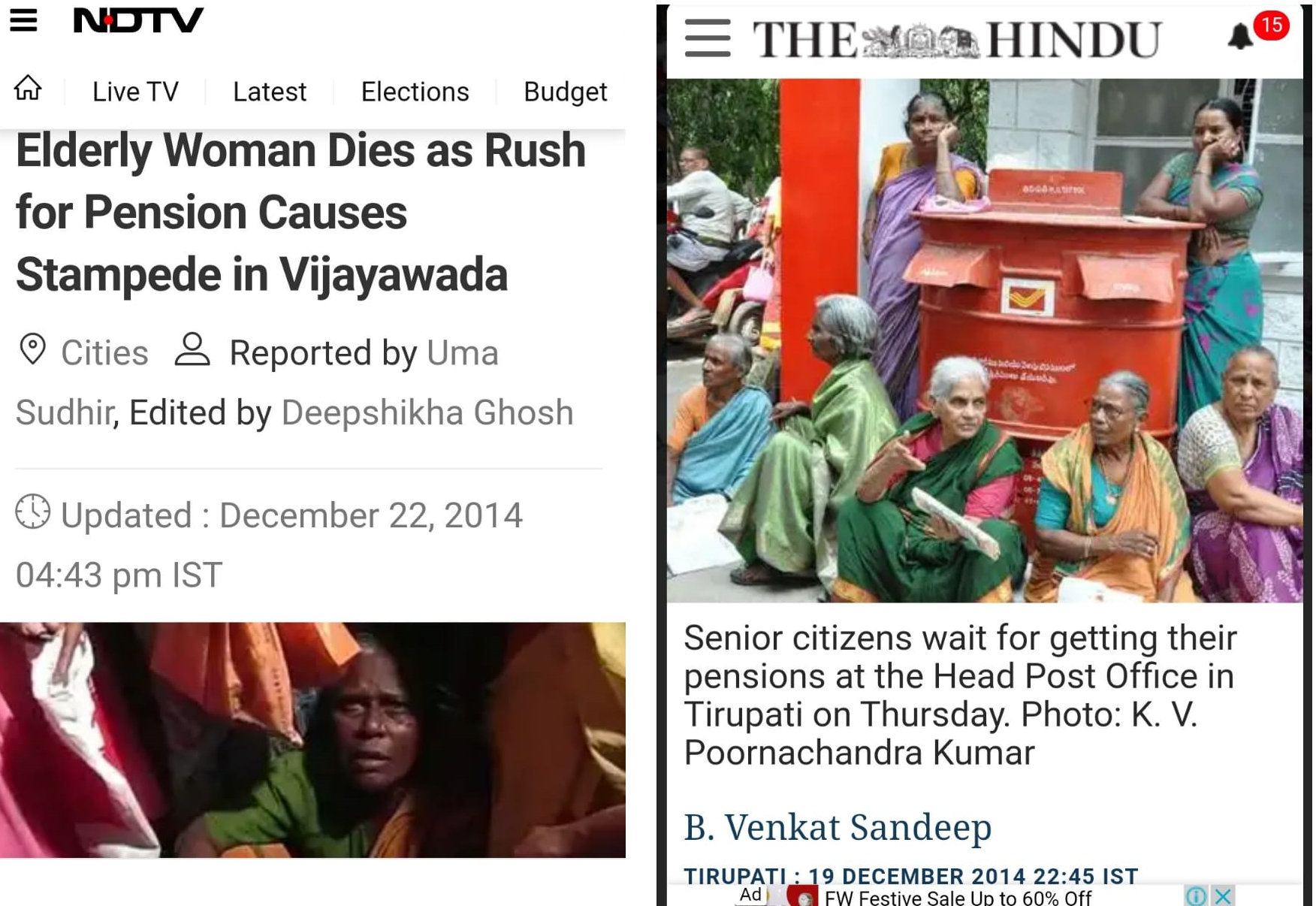 A pensioner says today, "It was actually very miserable. There was too much of corruption due to the involvement of middlemen, certain crooked officials and others. During that time, senior citizens used to go through a harrowing time just to get their pensions. In some cases, despite all their efforts, the senior citizens never used to receive their money. They used to wait for hours together in long queues at the Post Office. To add to the woes, there have been instances of chaos and stampede resulting in the death of innocent people. In 2014, 65 year old Padala Shantamma was pushed in a stampede and she died on the spot". 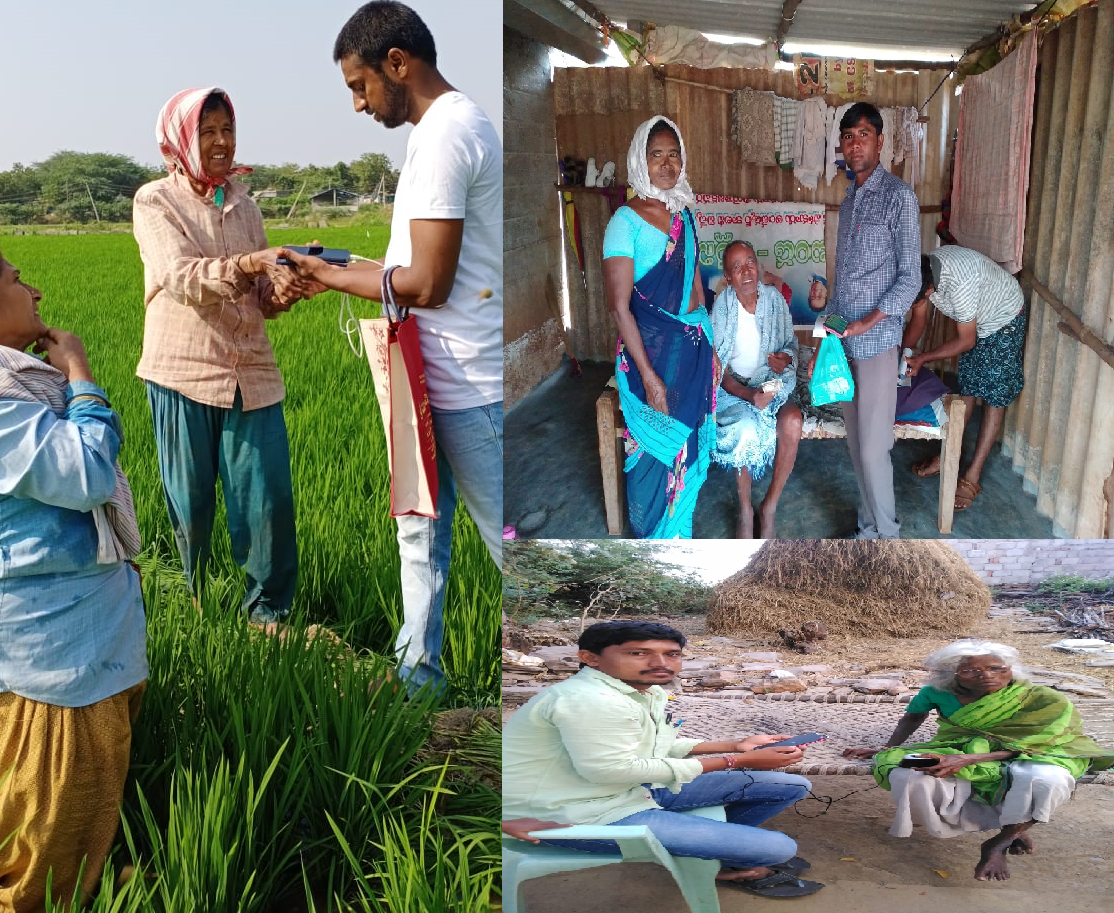 Another pensioner says, "The latest move by Y S Jaganmohan Reddy and his government is winning laurels from all our senior citizen community and the many villages alike. We are now feeling fortunate to have YS Jagan as CM. This is indeed an ethical boon from the YSRCP Government".